Kirstie’s debut strives for a balance of being cryptic and blunt with a journey through memorable sentiments, nostalgic nature, and intimate imagery.

From a broader perspective on her life, Kirstie Lynn is an aspiring arborist, 35mm film photographer, tea connoisseur, painting enthusiast, outdoor advocate for Pittsburgh parks, and continues to expand her vantage point as to what informs and inspires her music. Upon further focus, Kirstie has a deeper relationship with the world and people through music.

Kirstie has been playing music for as long as she can remember, initially learning to sing as well as play the clarinet not long after the age of 5. As a highly trained classical vocalist, she graduated with a bachelors of music in vocal performance at Shenandoah Conservatory in 2017 and recently finished her graduate studies at Carnegie Mellon University this spring. Through studying with voice teacher Jennifer Aylmer and vocal coach, Jocelyn Dueck, Kirstie has developed a timeless voice, incomparable style, and distinction.

According to Kirstie, among her many channeled influences for the making of Tears and Medicine, her vocal coach and voice teacher have greatly influenced the original songs on the album and sparked an intrigue with the notion that “finding the space between the words, assonance, consonance, phonetics, and diction is truly part of the linguistic magic.” Pablo Neruda and Mary Oliver’s poetry textures have greatly impacted Kirstie’s lyrical inspiration and knack for gathering her themes of romance, nature, and collective empathy. During her creative process that often evolves out of her own original poetry, Kirstie stated “I started playing through these songs I had written with the idea of finding that space between the words to bring out the authenticity in it.”

The oldest two songs from the album on piano, “On the Waterloo Bridge” and “My Dear Fenja” were written in 2015 when Kirstie was briefly living in London. She claims the album is diverse partially because of the variety of her life experiences mirrored in the 6 year span of material. Tears and Medicine covers a lot of different ground, but clasps a common authenticity through her honesty that is apparent across the stylistically unique blend of characteristics that shapes her sound.

Serendipitously, Kirstie reunited with me in Kansas City at Casual Animal Brewing Company in the summer of 2020 and we knew we had to embark that December with recording her full length album. Initially, 14 songs were recorded in the span of 4 days in a snowy, quaint section of Pittsburgh. With the exception of the 2 piano ballads that were performed at her accompanists house (BJ), the rest of the songs were performed in the top floor of a 3 story victorian apartment in a quaint turret nook doused with an array of plants and greenery, accompanied by snowfall outside the window. 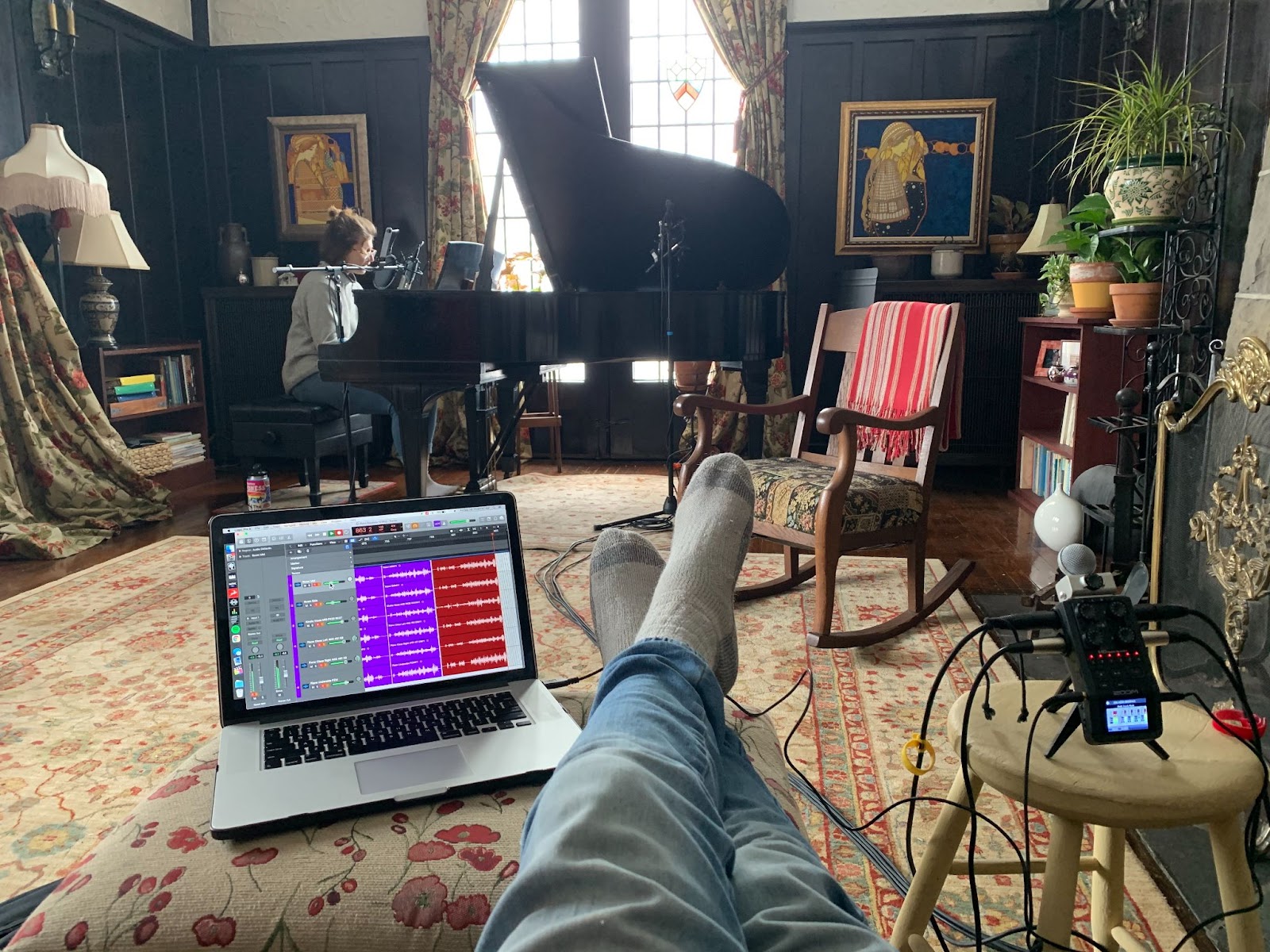 Kirstie’s debut strives for a balance of being cryptic and blunt with a journey through memorable sentiments, nostalgic nature, intimate imagery, and features incredible performances of guest musicians including Jack Dunlap (Mandolin), Cole Foster (Trombone), Zachary Mills (Fiddle), Nick Serbu (Trumpet), and Jacob Bly (Bass). Being one of Kirstie’s dear friends since we first met back in 2013 at Shenandoah University, we were able to work seamlessly together on crafting the album into being an authentic articulation of conveyed emotion. Many of the songs were captured on first or second takes, some of which we performed together as I engineered. 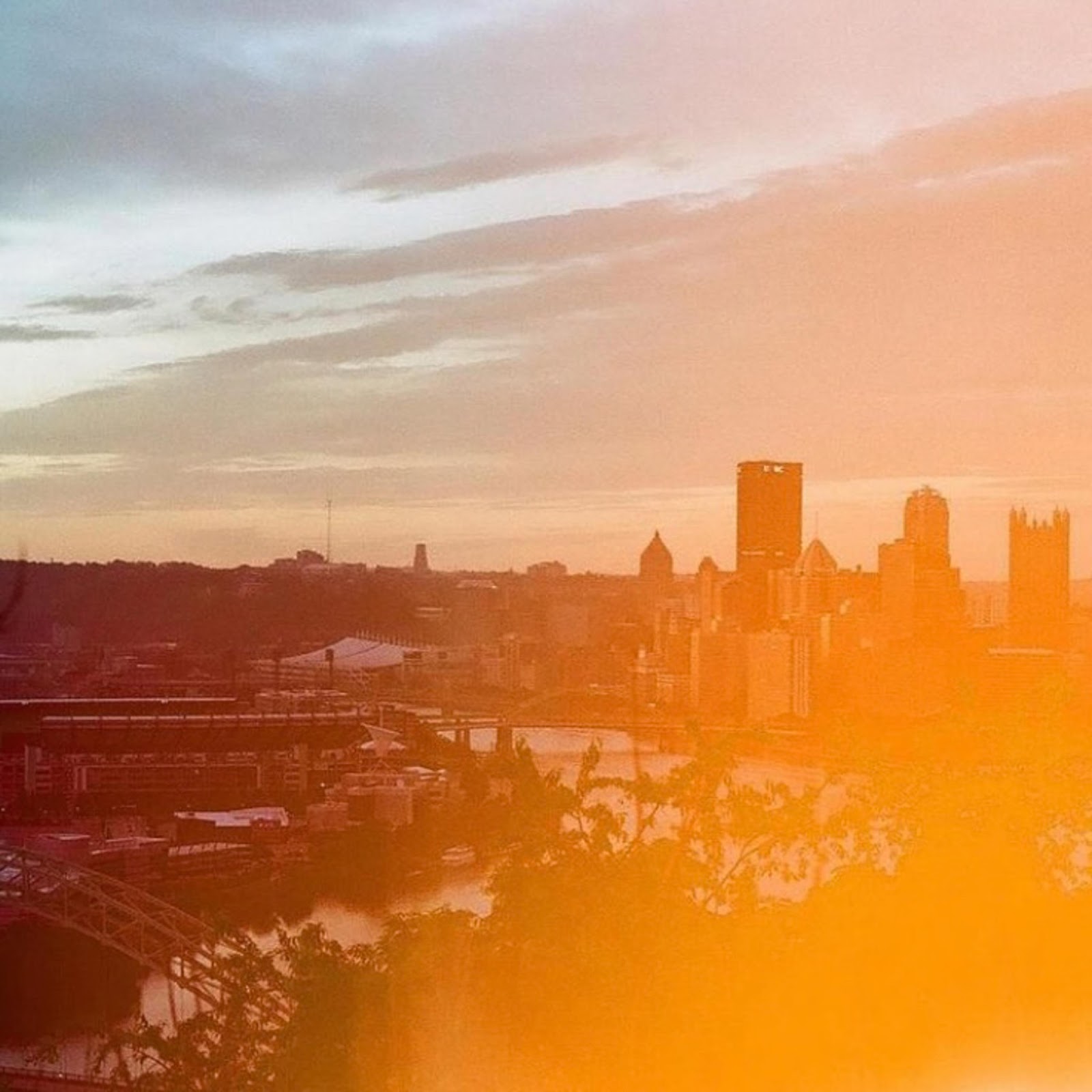 The rest of the album’s production was just about as uncommon as it gets. I captured and crafted the rest of the drum, bass, and additional ambient textures remotely from East Nashville in the span of 48 hours in passing from Pittsburgh onward to Southern Arizona. Much of the mixing was done remotely in various parts of the southwestern United States between January and February of 2021 on a humble rig consisting of Neumann KH80s, an Antelope Discrete 8, a MacbookPro, and headphones – all powered off a custom solar box I built that sits on the roof of my Subaru. I then mastered the record back in East Nashville shortly after completing my first trail race in Moab, Utah in February. More about this journey can be found below. 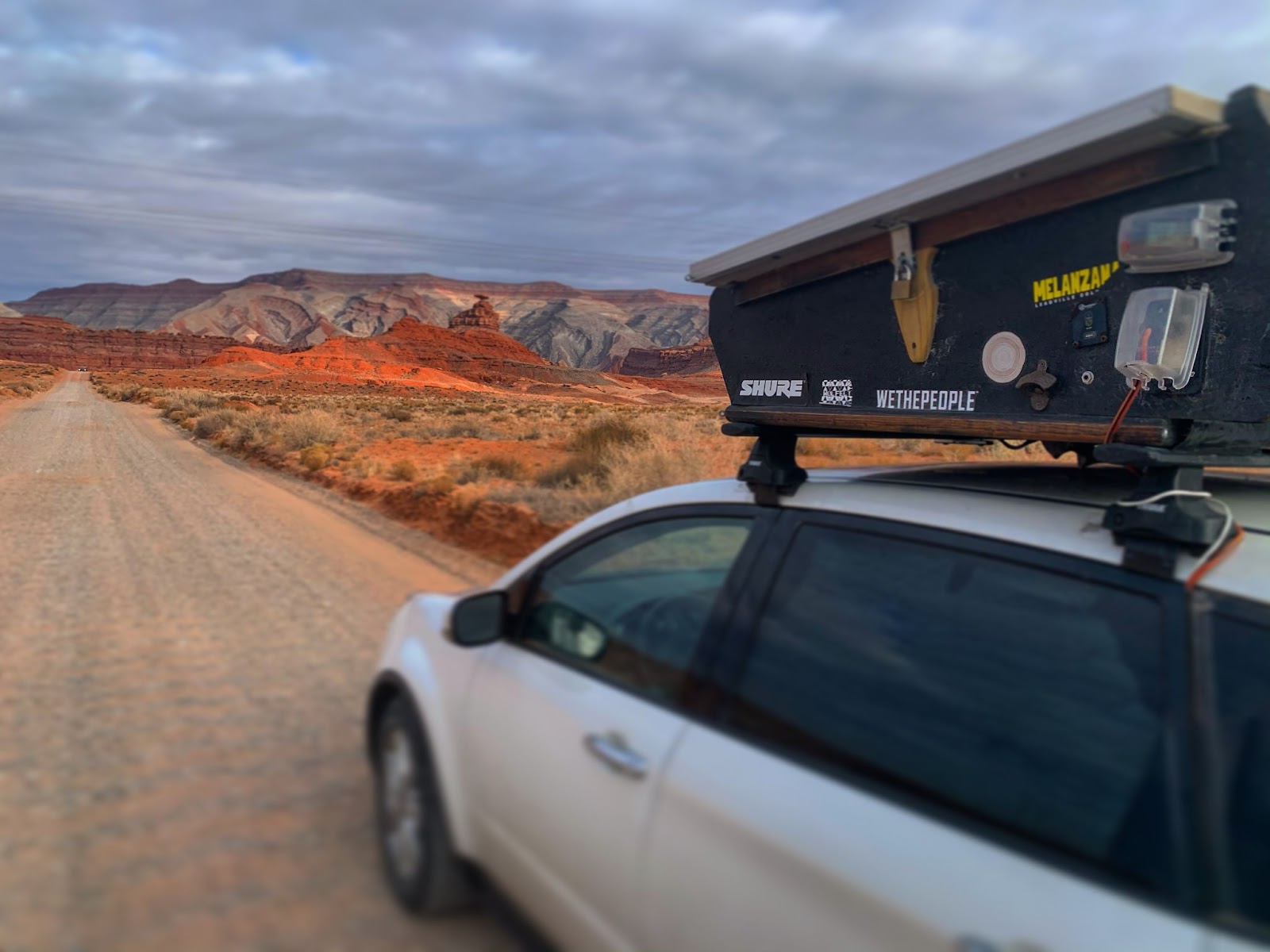 Following 6 songs in 2016 that were never released, Kirstie spent much of the time until her debut release accumulating a wealth of experience that translated into what she deems a “healing journal/diary” in the form of Tears and Medicine. For Kirstie, the record encompasses a lot and is a glimpse into her life up until now, but from here on out, “things will grow out of a different learning and feeling.” Kirstie feared that waiting another year to complete the record, “some of the songs would have lost relevancy or never came to fruition.” The pandemic had not only surfaced the necessity to finish the record, but Kirstie additionally stated, “when we weren’t able to connect to humans in an in – person way, I found myself connecting to nature to fill that gap”. The sensory driven approach abundant in the record is one manifestation of Kirstie’s ability to cope, relate, and evoke emotion through nature. 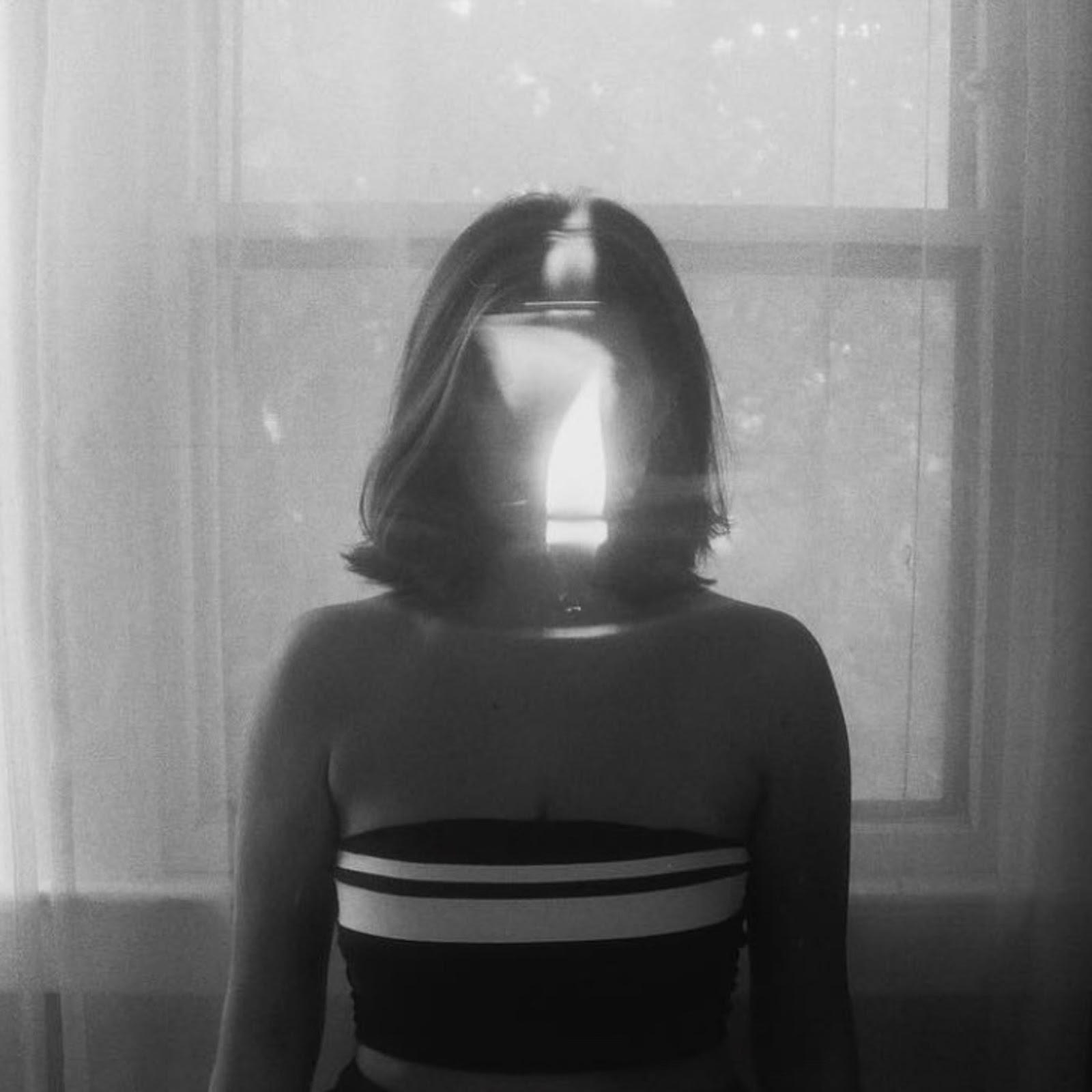 Kirstie Lynn’s debut record, Tears and Medicine, was released on March 29th and contains 15 songs featuring her spin on 2 traditional folk songs as well as 13 originals. An official summer tour is scheduled to be announced shortly. 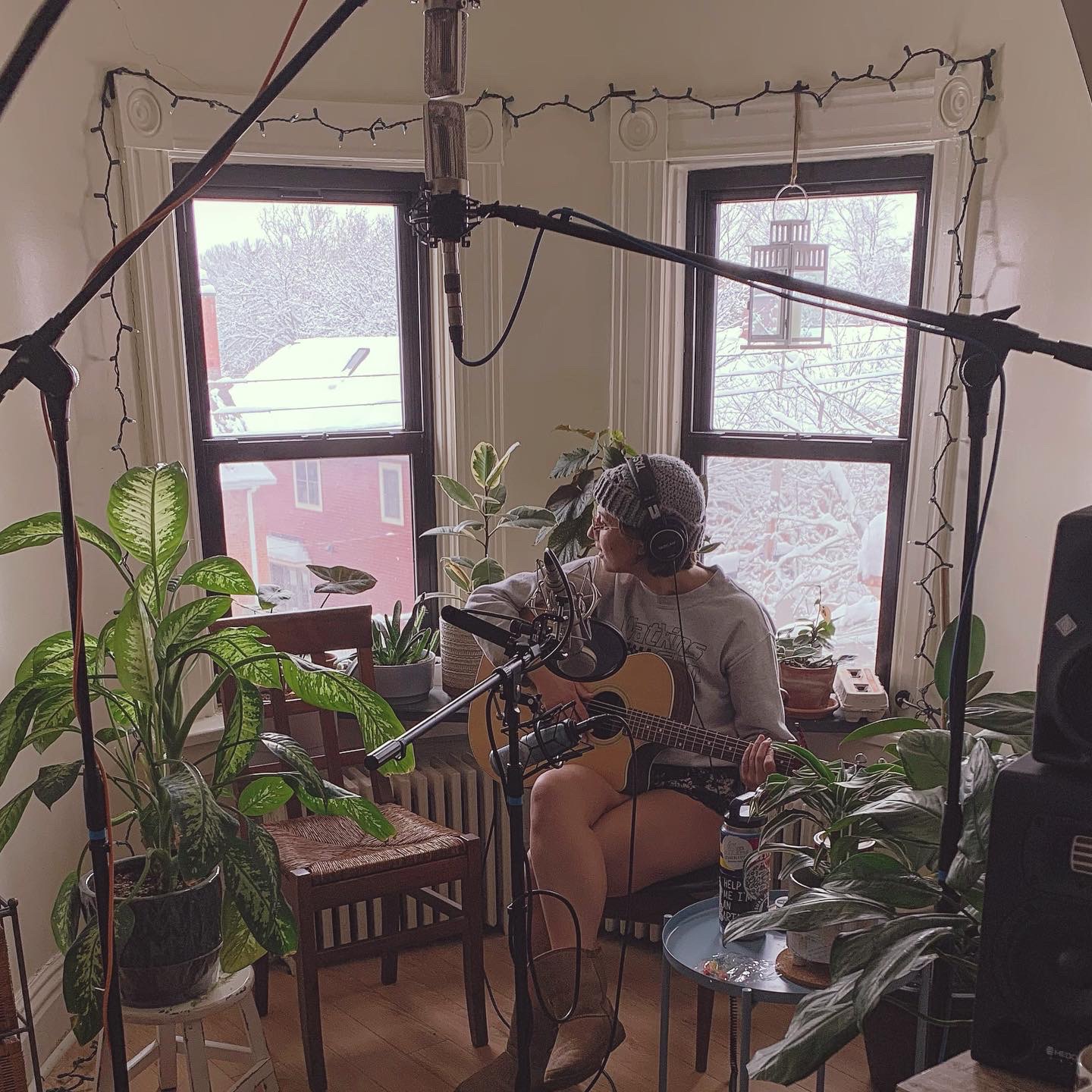 Q: “How has your study of the voice scientifically or professionally influenced your personal music?”

A: “The linguistic side – learning to pronounce and produce genuine words phonetically. A lot of art songs have a heavy emphasis on linguistics which has crossover to what I create. If I decide to sing with an accent, it’s not because I’m trying to become a character, it’s an extension of how I would speak. Melodic lines exist in speech and nature and so I am simply exploring that. My singing specifically in my music is an extension of my speaking voice. Lyrically, it’s a matter of striking a balance between crypticism and directness with what I convey.“

Q: “How has your progress with the guitar influenced your personal music?”

A: “When I started playing and writing songs on guitar, they were lame. When you listen to this record, you’ll be able to pick out and hear which songs are earlier because of my development accompanying myself on guitar. I want the words and sentiment to be the focus.“

Q: “What are your plans for the future?”

A: “A lot of people have said to me, what if this album blows up – and honestly, I don’t care. I don’t care if I make a million dollars or a dime on this. This is a personal project and something I’ve wanted for a long time that I hope people can relate to. I would love to make a vinyl for purely selfish reasons. I’ve already started working on a collection of songs for the next album. I’m about to turn 26 and enter a new chapter of my life. If all goes well, I will be touring mid-late August – early September with you (Galen Clark)! “

Q: “When you feel like you can’t relate to your work anymore, sometimes you feel like it’s demeaned in its value because you feel no one else will relate to it – which often translates to never recording or releasing the work at all. Do you feel like this record came at the verge of that place for you?”

A: “I think this is an album that perfectly describes what I’ve learned and felt up until now. I feel if I had waited another year, some of those songs would have never come to fruition. It was years ago that I had recorded about 6 songs back in 2016 and partially for technical reasons, they were never released. In retrospect it was probably for the better because I just didn’t feel inclined to share them. Tears and Medicine came at the right time.“

Q: “Are there any songs that came out of nowhere or from interesting inspiration?”

A: “Save Me Sweetest Someone was actually a melodic idea that came into my mind from all of the church music I was working on at the time.“

Q: “How does location inspire or affect your songwriting?”

A: “Where I’ve lived has had a huge impact on my writing. Summer In the City was Pittsburgh, On The Waterloo bridge was London, I wrote a couple in Kansas City, Save Me Sweetest Someone was in Virginia. Usually what happens is I will write the words first and the melody after – or the melody comes first and the words will follow. Sometimes it’s a poem, then a melody, and rarely it’s simultaneous. I like to sit down and write it in one go. If a song is an expression of feeling, I want to get it drafted when and how I’m feeling those emotions. I want it to be immediate in the moment and harness it. Most every song on the record I wrote and finished in one day. When I feel something, it’s almost always a first or second draft for harnessing the raw moment.“